Unbeknownst to many people, diamonds can exist in a myriad of colors, and they occur naturally. These naturally occuring colored diamonds are known as ‘Fancy Diamonds’ and are rated with a completely different system than the traditional white or colorless diamonds.

From the traditional white and subtle pinks to the trendier black and brown diamonds, there is a huge array of diamond colors to choose from. Depending on the intensity and hue of color present in a diamond, it can either enhance or detract from a diamond’s value.

It’s important to take a look at all the factors of how a diamond is graded, in order to get the best value stone for its price. Let your personal style influence which color of diamond you would prefer for your engagement ring.

White The most chemically pure and structurally perfect diamonds contain absolutely no hint of color whatsoever. Pure white diamonds that appear colorless, or transparent, occur very rarely in nature. The majority of mined diamonds come in a range from pale yellow to brown, and this is considered a normal color range.

Yellow Yellow diamonds, also known as canary diamonds, are caused by the presence of nitrogen in the diamond structure. Very often, green and orange can be seen as secondary hues in yellow diamonds.

Pink Pink diamonds are caused by a process called ‘plastic deformation’, where the pink hue is caused by a natural deformation of the diamond crystal when it is in a semi-solid state. Most pink diamonds come from mines in Australia.

Black Black diamonds are opaque and do not show the normal fire of other diamond colors. However, they are still desired. The black color is caused by inclusions of graphite in the diamond crystal.

Red The rarest of all diamond colors is red. In fact, this color is so rare in nature, there’s not much known about it. Australian mines produce only a small number of red diamonds, the largest and finest of which are auctioned for millions of dollars each.

Gray Gray diamonds can range in hue from the faintest silver to a dark and smoky graphite color, and are gaining popularity with jewelry designers for the full range of neutral hues they offer. Gray diamonds are often paired with fancy diamonds of other colors for great visual contrast.

Green The color in green diamonds is caused by exposure to atomic radiation, and after fancy red diamonds, they are the second rarest naturally occurring fancy diamond. Green diamonds are highly valued and greatly admired, especially those that show no other colors.

Purple Until recently, it was believed that there were no naturally occuring true purple diamonds, and that most of the diamonds labeled as purple were actually variations of the pink diamond. However, in 2008, a mining firm in Quebec discovered 9 rare purple diamonds. 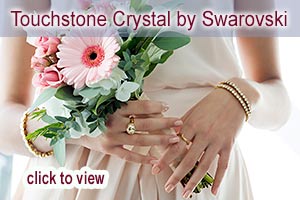